The Return of P.I. Jack Till 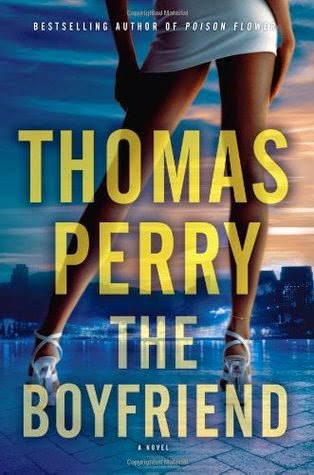 Catherine Hamilton is an extremely attractive young woman who's making a very good living as "Tamera Sanders," an upscale L.A. escort. But when Catherine/Tamera turns up shot to death in her apartment, the police conduct a fairly cursory investigation before concluding that the young woman's death was simply one of the occupational hazards of her chosen career and that they'll never be able to find the killer.

Perhaps understandably, Catherine's parents are not willing to give up so easily. Naturally, they're shocked to discover how their daughter was earning a living, but they loved her nonetheless and will not rest until her killer is brought to justice.

The Hamiltons turn to Jack Till who's retired from the LAPD after a distinguished career as a homicide detective. He's now a P.I. who works mainly on civil cases. But someone refers the grieving parents to him and he reluctantly agrees to take the case, in part because he has a daughter himself who is about the age of Catherine Hamilton.

As he digs into the case, Jack realizes that Catherine was only the latest victim of a serial killer who has targeted escorts in several other cities and killed them in exactly the same way. The women are all eerily similar in appearance--all strawberry blondes with very pale skin--and each was shot to death in her home.

Jack determines that the only way to catch the killer is to find his next potential victim. Thus he begins a long and tedious Internet search, looking for an escort in a major city who fits the profile. The principal thing working in his favor is the fact that several of the victims were each wearing the same piece of very distinctive jewelry in the pictures that they posted on line--apparently a gift from the man who would eventually kill them.

Jack soon realizes that he's on the trail of a very clever killer who may be much more than the average run-of-the-mill psycho who gets his kicks by murdering hookers. The story is ultimately told in alternating points of view between Jack and the killer, and it makes for a very gripping and entertaining tale.

Jack Till is an especially interesting protagonist. In addition to being a talented investigator, he's also the divorced father of a daughter with Down's Syndrome. The daughter, Holly, is also an interesting character and the scenes between father and daughter are very well done.

Thomas Perry is well known as a gifted writer and has previously created two great series characters in the Butcher's Boy and Jane Whitefield. One hopes this won't be the last we see of Jack Till.
Posted by James L. Thane at 12:21 PM