Hector Diaz Attempts to Solve a Death in Mexico 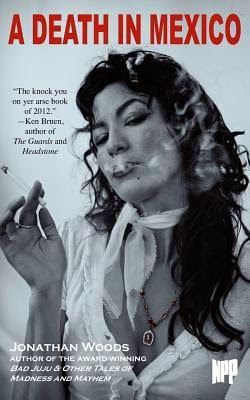 Amanda Smallwood is a young, attractive and sensuous artists' model who leaves her home in Texas and eventually winds up in San Miguel de Allende, a backwater Mexican town that seems to attract a lot of foreign artists and drifters. She settles into the community, posing for a number of artists, sleeping around here and there, and developing a number of friends, acquaintances and lovers.

When Amanda's mutilated body is discovered just off the town square late one night, the job of tracking down her killer falls to the local police inspector, Hector Diaz. Diaz immediately understands that he will be under the gun to solve the murder ASAP. If the victim were a fellow Mexican, there would be much less pressure, but the brutal killing of an attractive American woman will be very bad for the tourist business which is central to the town's economy. To reinforce the point, the mayor is on the phone demanding a quick solution to the crime barely minutes after Diaz learns of it.

Such a solution will be difficult. Diaz must penetrate the American expat community to learn who Amanda Smallwood was, what she might have been up to, and who might have wanted to kill her. Was it simply a jealous lover? Was it a would-be lover that she had rejected? Could it have been a drifter or a serial killer who was simply passing through, or could it have been something much more sinister?

Diaz is determined to solve the crime, but his small police force is not very well trained or disciplined and most of the officers will not be of much help. For that matter, Diaz himself occasionally gets distracted by the promise of a drink or an attractive woman.

This is a very gritty, hard-boiled story that pulls very few punches. The reader is forced to get down and dirty with Diaz and a lot of other rather sleazy characters, and the end result is a lot of fun for readers like me who enjoy this sort of thing.

I confess to having two relatively minor complaints about the book: Hector Diaz is an intriguing protagonist and I liked him a lot. But he's also one of those characters who drinks his way through the book to a point where the reader can no longer suspend disbelief. The truth is that anyone who drinks as much as this character would be down for the count on any given day, long before he was able to do anything productive, let alone solve a complicated crime.

My other complaint has to do with the author's abuse of similes. Raymond Chandler was the master of this particular art form and while a lot of writers have attempted to imitate him, very few have managed to pull it off as well as he did. Woods is trying way too hard here and after a while some of his efforts just seem silly. At one point our intrepid hero comes under a hail of gunfire, and "too young to die, he hugged the earth like a lusty whore."

I have no idea how any whore, lusty or otherwise, might hug the earth, but by this point my patience with this sort of thing was really wearing thin. As I say, though, these are minor issues. On the whole, I really enjoyed the book and I expect that most other hard-boiled readers will as well.
Posted by James L. Thane at 12:26 PM