Another Great Read from Megan Abbott 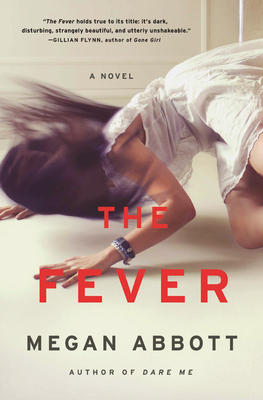 On the heels of her excellent last novel, Dare Me, Megan Abbott again plunges into the mysterious and often troubled world of teenage girls, where even the smallest of incidents can assume a monumental importance.

At the heart of the novel are three high school girls and best friends, Deenie, Lise and Gabby. As the novel opens, Deenie watches in horror as Lise suffers a mysterious seizure while in class one morning. Lise is immediately hospitalized and falls into a coma, but no one, including the medical professionals, can figure out what's happened to her.

In fairly short order, other girls at the school begin to exhibit bizarre symptoms that also go unexplained, and what follows is a panic that spreads from Lise's friends through their school and ultimately through their entire community. In the age of the Internet, YouTube, and the 24/7 cable "news" cycle, all sorts of theories inevitably abound and none of them seems too looney to receive consideration.

Have the girls been affected by some toxic poison that's lurking in their school? Was their illness caused by the foul but beautiful lake nearby? Perhaps it resulted from the HPV vaccination that the school required the girls to receive.

The story unfolds principally through the eyes of Deenie, her hunky hockey-playing brother, Eli, and their divorced father, Tom, who is a teacher at Deenie and Eli's high school. All of the characters in the book, but especially these three, are finely drawn. In the hands of many another author, the father, Tom, would be totally clueless, but Abbott portrays him as an intelligent, complex man who cares deeply about the children he is raising alone. He worries about his skills at a parent and he's terrified at the thought that soon he will have to send his daughter out into a larger and sometimes dangerous world.

The brother, Eli, is also very well done--not at all the stereotypical high school jock that one might expect. He's a three-dimensional character who's very interesting and sympathetic in his own right.

This book is very loosely based on the Salem, Massachusetts witch scare that began in 1692, and Abbott creates a vivid, scary and ultimately very believable story of a community in panic. It's a great read and upon finishing it, one is struck by the thought that, as a society, maybe we're not as far removed from the Seventeenth Century as we'd like to think.
Posted by James L. Thane at 5:23 PM