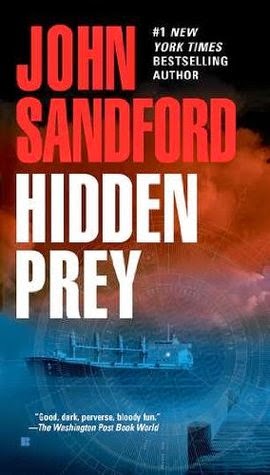 Having followed his long-time boss, Rose Marie Roux, out of Minneapolis and into the Minnesota State Bureau of Criminal Apprehension, Lucas Davenport has become a roving troubleshooter who takes on difficult criminal cases statewide. Basically, he "fixes shit" for the governor and attempts to prevent high profile cases from having any adverse political fallout.

When a Russian sailor is shot and killed on the shores of Lake Superior near Duluth, it initially appears to be a relatively insignificant crime. But then it turns out that the sailor may have actually been a Russian spy. Even worse, the victim's father is very well-connected in Moscow and so suddenly the case may have international ramifications.

Lucas is assigned to the investigation as is Major Nadezhda Kalin, allegedly a Russian police official, who is sent by Moscow to observe the investigation and to assist where possible. Nadya is very attractive and engaging, but from the git go, Lucas believes that she is not actually a cop, but probably a spy herself.

The case plays out largely in northern Minnesota, up on "The Range," where workers in a string of small communities once mined enormous amounts of iron ore. The residents are hard scrabble, no-nonsense sorts of people, with a tradition of labor activism and radical politics. Unlikely as it seems, some of them may have not yet heard that the Soviet Union has imploded and that the Cold War is over.

As is almost always the case in these books, the reader knows almost immediately the identity of the killer and what unfolds is a game of cat and mouse as Davenport matches wits with the killer. It's a very entertaining story with a unique plot, unlike that of any other Davenport novel. There's plenty of tension and suspense, and the by-play between Lucas and Nadya is worth the price of the book all by itself. There's also a very minor subplot involving Lucas's wife, Weather, and the garage door on their new house that is hilarious. All in all, another great entry in the series.
Posted by James L. Thane at 1:27 PM