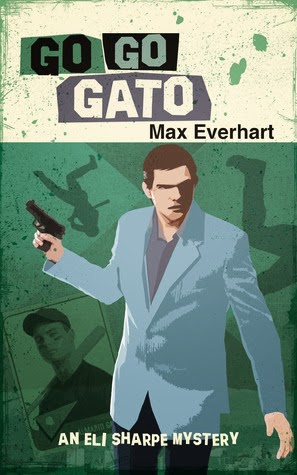 Almario “Go Go” Gato is a teenage baseball sensation, one of the best prospects that professional scouts have seen in years. The young man manages to escape from his home in Cuba and ultimately make his way to the U.S., where he signs a huge contract with the Colorado Rockies. The Rockies send him to their Class A club in Asheville, North Carolina, and midway through a disappointing rookie season, Go Go goes missing.

Enter Eli Sharpe, himself a former major league player turned private detective. Eli, who lives in Asheville, makes his living doing background checks on prospective players for a variety of baseball clubs. Four days after Gato disappears, Eli is contacted by Gato’s agent, the very tall and sexy Veronica Craven. Craven, like Eli, is fairly cool under fire, but she is understandably desperate to find her most important client before his career is jeopardized beyond repair. She figures that Eli is the man best equipped to find him.

The natural place to start the search is with Go Go’s only other relative, his twin sister, Maria. When Go Go signed his contract, the first thing he did was to send money to have Maria and their parents smuggled out of Cuba to the U.S. But in an accident on the way, the parents drowned. Maria is now living with Go Go in an expensive high-rise apartment and, having lost her parents so tragically, she pleads with Eli to find the only family member she has left.

Sadly, it would appear that the young phenom has fallen in with bad company. He may be abusing drugs and alcohol; it appears that he has ditched his very attractive and willing girlfriend for a rather slutty and conniving waitress, and the deeper Eli gets into the case, the more perplexing it becomes. Fortunately he has several ex-fiancés who are still attracted to him and some of whom are in a position to help further the investigation. And, like any other successful P.I., Eli has a contact in the police department who can funnel to him information that otherwise would not be available to a member of the general public. But in the end, it will be down to Eli himself to solve this very puzzling case.

Go Go Gato is the debut entry in a promising new series by Max Everhart, and it’s a fast-paced, entertaining tale. Eli Sharpe is a very appealing character who combines just the right amounts of wit, humor, intelligence and courage, and it will be fun to watch him in action as the series continues to grow and develop.
Posted by James L. Thane at 6:58 AM