Matthew Scudder Is Out on the Cutting Edge 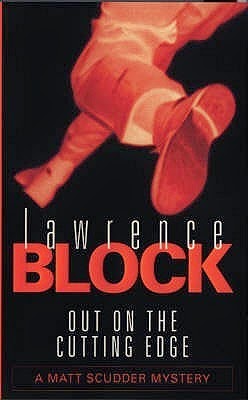 Matthew Scudder is now three years sober, but he's still living in his tiny Hell's Kitchen hotel room and prowling the increasingly mean streets of New York as an unlicensed P.I. Crime is rising; the city seems dirtier than ever, and the number of homeless and other street people seems to be rising dramatically.

Into all of this steps Warren Hoeldtke, a Subaru dealer from Muncie, Indiana. His beautiful young daughter, Paula, graduated with a degree in Theater Arts from Ball State, and then set out for New York with stars in her eyes. Like so many other wide-eyed innocents from the Midwest, Paula got a job waiting tables, enrolled in acting classes and managed to land a few small roles in very Off-Off-Broadway productions.

As a faithful daughter, she also called home on a regular basis, right up until the time she didn't. After a month or so of silence, her father came to New York to find that Paula had apparently moved out of her apartment, had her phone disconnected and vanished without leaving a forwarding address. Hoeldtke goes to the police, but Paula is an adult; there's no suggestion of foul play, and there's nothing they can do.

Hoeldtke thus shows up on Scudder's doorstep and asks for Matt's help. Scudder insists that there's not much he can do either, especially given the time that's elapsed since Hoeldtke last heard from his daughter. But when Hoeldtke pleads with him, Matt reluctantly accepts the man's check and goes to work, pounding the pavement, talking to people and distributing Paula's photo in the hope that someone will point him in the right direction.

In the meantime, Scudder is staying sober, one day at a time, and attending a lot of AA meetings. He gets to know another recovering alcoholic named Eddie Dunphy. Dunphy is clearly troubled about something and says that he wants to get his thoughts in order and then talk to Scudder about it. But then Dunphy is found dead, apparently having hanged himself during a bit of auto-erotic sex play.

Dunphy's death is an open and shut matter, but Scudder is troubled, wanting to know what Dunphy intended to tell him. Thus he winds up poking into the last few months of Dunphy's life while he simultaneously searches for Paula Hoeldtke.

The twin investigations make for another compelling story and the principal point of interest in this book is that in it, Matt meets Mick Ballou, the owner of Grogan's Open House, an infamous Hell's Kitchen saloon. Beginning with this book, Matt and Mick will gradually become close friends and will spend a good many nights spinning tales until all hours. It's another great read as well as the beginning of a beautiful friendship.
Posted by James L. Thane at 12:49 PM