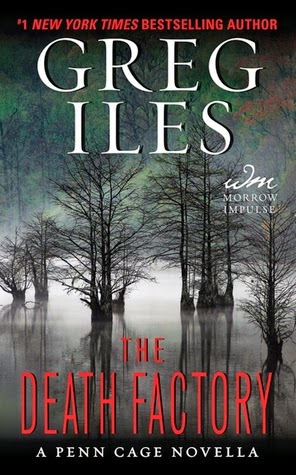 Between 1999 and 2009, Greg Iles wrote three very good books featuring Penn Cage, a former assistant D.A. in Houston who returned home to his native Natchez, Mississippi and who ultimately became the city's mayor. Now, on the eve of the release of the new Penn Cage novel, Natchez Burning, Iles has written this brief novella which fills in some of the back story surrounding Cage's return to Mississippi.

As the story opens, Cage's father, a Natchez physician, has suffered a heart attack and may not live. He has called Cage to his bedside from Houston for the purpose of telling him some dark secret that he apparently needs to get off his chest before he dies. However, by the time the younger Cage arrives, his father has rallied and now insists that he has no recollection of asking Penn to come. He also claims that he has no secret to share.

Other family members rally to the bedside, including Penn Cage's uncle. They go for a ride, which gives Penn the opportunity to tell a long story about the events that caused him to leave the D.A.'s office and return home. It's an interesting tale, involving the infamous "Death Factory," in the Houston D.A.'s office that sent large numbers of alleged killers to death row on the basis of evidence, some of which may have been tainted.

This is a novella that will appeal principally to fans of the series of which there are a great number, and it may not be that interesting to people who have not yet discovered this series. It is a very good one, but people approaching it for the first time would be much better advised to begin with The Quiet Game and then get to this novella in the natural order of things.
Posted by James L. Thane at 1:44 PM