Fighting the War on Drugs in El Paso and Ciudad Juarez 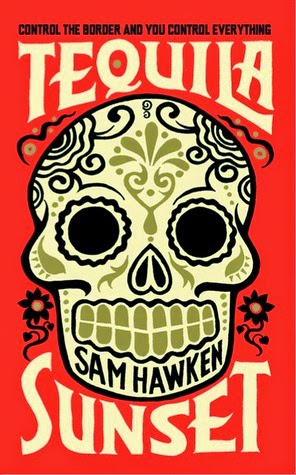 This is another story that focuses on the "war" on drugs. It's centered at the point on the U.S.-Mexico border where the cities of El Paso and Ciudad Juarez are in many ways joined together, even though they are divided by the international border that runs between them. A street gang called the Aztecas works both sides of the line, causing serious problems both for civilians and for law enforcement personnel.

The story is told through the perspectives of several characters. Principal among them is a young man named "Flip" Morales, who has been indoctrinated into the Aztecas while in prison. As the book opens, he is released from prison and makes his way back to his mother's home in El Paso. He'd like to be left alone, but they Aztecas make it clear that they have plans for him on the outside, and almost as soon as Flip is home, the Azteca leader in El Paso, Jose Martinez, reaches out to him.

Also at the center of the story are several law enforcement officers. On the Mexican side of the border, the principal character is a federal officer named Matias Seguro. On the American side are two members of the El Paso P.D.'s anti-gang unit, Christina Salas and her partner, a guy named Robinson. There's also the almost-obligatory obnoxious F.B.I. agent who wants to trample all over the toes of the local cops and take over their investigation.

As the Aztecas seek to increase their influence over the cross-border drug trade, law enforcement officials on both sides of the border are mounting a large-scale effort to take down the gang. Caught up in the middle are the smaller fish like Flip, as well as a number of people who have no affiliation with the gang.

Through the eyes of these characters Hawken tells a fairly familiar tale and describes the consequences of the drug wars on the larger society and on the individuals who are caught up in them. The fact that the story is familiar makes it no less depressing, especially when one thinks of the millions upon millions of dollars that have been spent in this "war" over the last forty years to no discernable effect.

If I have a concern about the book, it lies in the fact that, hard as Hawken might try, none of the characters really resonates. Most of them do not have much depth, which may be a result of the fact that Hawken has created such a large cast that we don't really get to know any one of them as well as we might.

Also from a personal standpoint, I inevitably wind up comparing any book on this subject to Don Winslow's magnificent book, The Power of the Dog, which stands head and shoulders above any other book I've ever read on this subject. That might not be entirely fair to the other authors who have tackled this subject, but the truth is that anyone who does so, for better or worse, winds up standing in Winslow's shadow. 3.5 stars for me, rounded up to 4.
Posted by James L. Thane at 1:29 PM