Kurt Wallander: A Fish Out of Water in Latvia 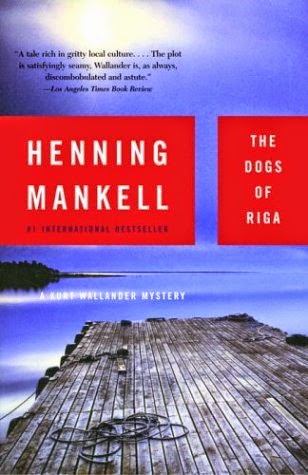 Swedish detective Kurt Wallander is plunged into another depressing mystery when two bodies wash ashore on the Swedish coast in a life raft. The two male victims have been shot to death and then wrapped in an embrace in the lifeboat and cast adrift. They are carrying no identification, but their dental work suggests that they are from somewhere in Eastern Europe.

The victims are finally traced to Latvia and a police official from Riga named Major Liepa comes to Sweden to participate in the investigation. It seems clear that the crime did not occur on Swedish soil and so Wallander is happy to pass the case on to his Latvian counterpart and assume that his job is done.

In fairly short order, however, complications ensue and Wallander winds up going to Latvia to assist in the continuing investigation. The story is set in the early 1990s in the wake of the fall of the Berlin Wall. The Soviet Union is teetering and this has major implications for the satellite countries that have been dragged into its orbit, Latvia included.

The tension in the country is palpable. Native Latvians hope to take advantage of the international situation to win their freedom from the Soviets, but many Soviet transplants to the country want to maintain ties to the Soviet Union. The police force itself is divided and no one knows who to trust.

The bulk of the book, then, takes place in Latvia against the backdrop of these tensions. Wallander is basically a fish out of water, especially since he cannot speak Latvian. The case he is investigating becomes increasingly complex, and Wallander is soon at the mercy of forces beyond his control.

Wallander continues to be a fairly dour character who is now plunged into a very depressing situation. In other words, although well-written, this is not a book likely to brighten anyone's day. The situation in Latvia is described very believably, and Mankell has clearly done a lot of research. My problem with the book is that, in the end, I could not sustain the level of disbelief required to make the story work.

Wallander makes some decisions along the way that left me scratching my head and which were so illogical as to take me out of the story. And I found the climax to be way too implausible. This is one of those series that I read fairly infrequently. Wallander is an interesting character, but he works best for me if I visit him sparingly.
Posted by James L. Thane at 5:03 PM