Back on the Borderlands with Deputy Charlie Hood 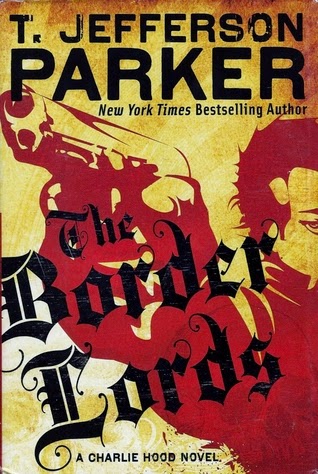 This is the fourth book in T. Jefferson Parker's Charlie Hood series, and it takes off right where the third, Iron River, concluded. L.A. County Deputy Sheriff Charlie Hood is on loan to Operation Blowdown, which is essentially an ATF operation aimed at shutting down the flow of guns from the U.S. to Mexico.

Another member of the Blowdown team is Sean Ozburn who has been deep under cover for well over a year, posing as a gun and meth dealer. The ATF has purchased some homes in Southern California and, acting as the owner, Ozburn has rented out the homes to members of the North Baja Cartel. The houses are wired for sound and video, and the task force is using the houses to gather intel about the cartel's operations.

One morning while Hood and other team members are watching the live feed from one of the houses, the equipment suddenly goes dark. It's quickly apparent that this is not a simple malfunction and when the team races to the scene, they discover that the four renters have all been shot to death. Later, reviewing the last moments of the video feed, frame-by-frame, Charlie notices something enormously unsettling.

Meanwhile, Sean Ozburn, the "landlord" has gone dark as well. He is still communicating sporadically with his wife, but he has abandoned contact with his ATF teammates. Clearly something bad has happened. Has he cracked under the strain of being undercover in such a dangerous setting for so long or is something more involved? As his best friend on the team, Charlie Hood leads the effort to reel Sean back in, but it's going to be a very difficult task, especially as Ozburn grows increasingly erratic.

Meanwhile, Bradley Jones, the son of Suzanne Jones with whom Hood had a brief relationship as the series opened, has joined the Sheriff's Department as well. At the same time, the young man continues to work for one of the fiercest of the Mexican drug cartel leaders. Jones is very bright and very ambitious, and he's determined to advance his objectives by working both sides of the law. Those ambitions will lead him into conflict with Charlie Hood and into the middle of the mess created by the renegade Sean Ozburn.

T. Jefferson Parker is a very skilled writer, and the tension in this book is palpable from beginning to end. Charlie Hood remains an engaging character as well, and it's both fun and enlightening to watch him work his way through the series of problems presented in the book.

That said, this book, like the previous entry, relies heavily on some supernatural elements that I just couldn't buy into, and that diminished my enjoyment of the book. I couldn't suspend disbelief to the level that was required here, and given as much as I enjoy this series, I hope that in the next book, it returns to more rational terrain.
Posted by James L. Thane at 4:26 PM