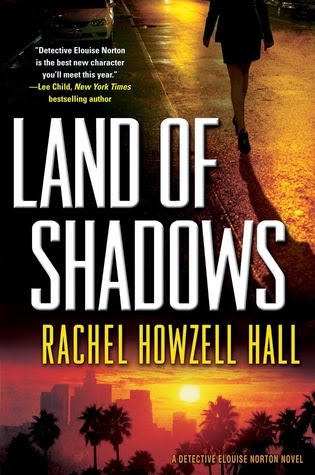 Twenty-five years ago, Elouise Norton's older sister, Tori, was caught stealing candy from a neighborhood store owned by a man named Napoleon Crase. In a panic, Elouise ran from the store and never saw her sister again. The police conducted a perfunctory investigation but never discovered what might have happened to Tori.

Perhaps the investigation was so slipshod because the cops were lazy or perhaps because they were overburdened. Perhaps it was because the victim, Tori, was a black teenager who did not have a sterling reputation to begin with. But whatever the case, a quarter of a century later, Elouise remains haunted by the loss of her sister and has become a homicide detective herself, having promised her mother that she would yet bring Tori home.

Elouise (Lou) and her newbie white male partner are called to the scene of a condominium construction site, where a seventeen-year-old girl named Monique Dawson has been found hanging in a closet. Lou's new partner, Colin Taggert, jumps to the conclusion that the dead girl was a suicide, but Lou quickly disabuses him of that notion and insists, correctly, that Monique is the victim of a homicide.

Interestingly, the condo development project is owned by Napoleon Crase who, in the years since Tori's disappearance, has pulled himself up by the bootstraps to become a millionaire developer, and the site of the project is very near the site of the store where Tori disappeared.

Inevitably, these coincidences will weigh on Lou, but will they compromise her ability to conduct a full and fair investigation into the death of Monique Dawson? And as if she doesn't have enough on her mind to begin with, Lou's husband, a game developer, is in Japan. He's calling Lou infrequently and is generally staying out of touch. Lou wonders if he's cheating; if so, it wouldn't be the first time. The last time Lou caught him, he "apologized" by buying her a $90,000 Porsche SUV, but that may not be enough if he's straying again.

Lou pursues the case, which takes a variety of twists and turns and involves some pretty sleazy characters. But she's a detective driven by the need to know the truth and she pursues it with a grim determination. She's a new and original character, and Rachel Howzell Hall introduces her in a very compelling story. Hall also creates a very convincing and intriguing setting in an area of south L.A. that's undergoing a black gentrification, and the end result is a book that will appeal to large numbers of crime fiction readers. I'm looking forward eagerly to Lou's next case.
Posted by James L. Thane at 3:50 PM