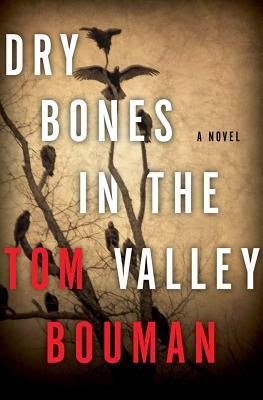 A veteran of the Iraq war and a recent widower, Henry Farrell is a natural born loner who prefers his own company to that of anyone else. He's left rural Wyoming and taken a job as a township policeman in rural Wild Thyme, Pennsylvania. It's a sparsely settled area with a population that's mostly been in place for generations and that has more than a few deeply buried secrets. It's also an area in transition. The natural gas boom has come to northeastern Pennsylvania; the frackers are moving in and dividing the population into those who want to sell the rights to the gas below their property and those who simply want to be left alone.

In this midst of all this, a body is discovered on the property of an elderly man. It's winter, and there's no telling how long the young male victim has been there. The investigation is led by the county sheriff, but in a county and a township with very little money, the investigation is severely hampered by the lack of manpower and other resources.

Henry Farrell throws himself into the investigation full bore, at grave risk to his own health and personal safety. Then, when another body turns up, things are thoroughly confused. Are the two cases related, or is this simply a coincidence? Although Henry is a relative newcomer, he attempts to sort through the secrets and the tangled relationships of the community in an effort to uncover the truth.

Tom Bouman, expertly sets the stage and immerses the reader in the community of Wild Thyme, and that's the principal strength of the book. Tramping through the frozen woods with Henry Farrell, the reader gets to know the population and often feels that he's shivering right alongside Henry. If there's a problem, it lies in the fact that Henry is not a very interesting guy, and this reader, at least didn't really enjoy spending all that much time with him.

There's a lot of tromping through the frozen, desolate landscape in this book while the action proceeds at a very stately pace, and one wishes that Henry were a bit more engaging and that the plot moved a little more swiftly. This book is being billed as an entry in the new "country noir" genre, but it doesn't really fit into the noir mold and it's not quite on a par with books by writers like Daniel Woodrell.

Bouman is a talented writer who excels at creating the world in which this novel is set. It's a good book, but would have been better had the lead character and the story itself measured up to the setting.
Posted by James L. Thane at 8:41 PM