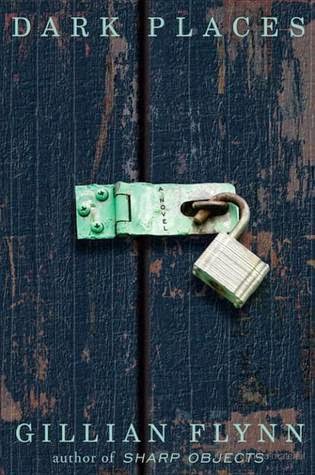 Gillian Flynn has a talent for creating singularly unappealing characters and such is the case in this, her second novel.

Twenty-five years ago, a farm mother and two of her three daughters were slaughtered in what became known as the "Satan Sacrifice" of Kinnakee, Kansas. A third daughter, Libby, who was seven at the time, managed to get out of the house and escape from the killer by hiding in the nearby woods. Libby's brother Ben, a troubled boy of seventeen, was convicted of the killings and sentenced to life in prison, largely on the basis of Libby's testimony.

Through the twenty-five years that followed, Libby grew into an extremely unattractive loner who alienates virtually everyone with whom she has contact. She has refused all contact with her imprisoned brother and throws his letters away unopened. She has supported herself by living off the donations that people made to support her in the wake of the killings. But now the money is running out and Libby can't stand the prospect of getting a real job.

To generate some income, she now accepts an invitation from a group known as the Kill Club. This is a secret group whose members are obsessed with famous crimes and particularly the victims of those crimes. The group pays Libby for the opportunity to talk to her and suggests that they will also pay to buy "souvenirs" relating to the crime.

The group has spent a great deal of time studying the murders of her mother and sisters, and Libby is stunned to learn that most members in the group believe that her brother is innocent of the crime. Some female members of the group have been corresponding with Ben and want Libby to recant her testimony and join the effort to free Ben.

What follows is a torturous journey as Libby delves deeper into the case and gradually begins to relive the fateful hours of that awful night. The story is told from Libby's perspective and, in flashback, from that of her mother and brother.

At one level, it's a very compelling story, but my main problem with the book is that I could not find a single character with whom I could sympathize. Libby, in particular, is such an unappealing protagonist that I simply couldn't care what happened to her and didn't even particularly care that she had survived the night that her mother and sisters had been killed. In consequence, I really didn't enjoy the book as much as I otherwise would have.

My other problem with the book is that (view spoiler)[ the solution to the crimes comes straight out of left field and, to me at least, was completely implausible. The end of the book actually raises more questions than it resolves and it left me just shaking my head. (hide spoiler)]. Gillian Flynn is an excellent writer, and I expect to read more of her work. My only hope is that next time around, unlike the case in this book or in Gone Girl, she'll give me a character I can really root for.
Posted by James L. Thane at 10:31 AM