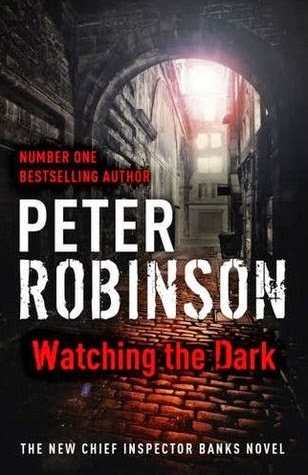 Detective Chief Inspector Alan Banks and his protégé, D.I. Annie Cabbot return for the twentieth time in this excellent British crime series. The case opens when a police detective who is convalescing at a center for the treatment of injured police officers, is murdered, shot to death by someone armed with a crossbow. The victim is a recent widower named Bill Quinn who six years earlier had been involved in a high-profile case involving a young British woman, Rachel Hewitt, who went missing in Estonia and was never seen again.

As Banks begins the investigation, he discovers that Quinn had secreted several photos showing him in an apparent compromising position with a young woman. This brings the Professional Standards division into the picture, in the person of an icy blonde named Joanna Passero. She is assigned to shadow Banks's investigation in an effort to determine if Quinn was a corrupt cop. Banks is not at all happy about this, but he has no recourse.

In the process of the investigation, the team traces the victim's recent phone calls and this leads them to the body of a man who had been water boarded and then drowned. The second victim appears to have been involved in some way with a group smuggling impoverished eastern Europeans into the UK and then exploiting them there. The trail leads back to Estonia where, six years earlier, Bill Quinn had investigated the disappearance of Rachel Hewitt.

If it all sounds a bit complex, it is; fortunately, we have Alan Banks to sort it all out for us. While Annie Cabbot heads up the investigation in the UK, Banks and Passero head off to Estonia where things get increasingly curious--and dangerous.

It's an entertaining mystery with several twists and turns. It's fun to watch Banks in action again and to watch the relationship between him and Joanna Passero as well. The investigation is an intriguing one, and all in all, this is a nice addition to the series.
Posted by James L. Thane at 5:05 PM