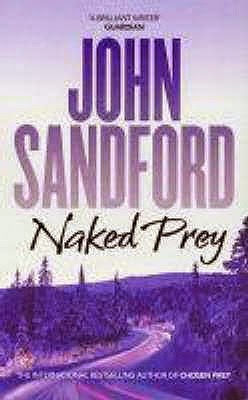 The fourteenth installment in John Sandford's Prey series finds that some major changes have transformed the life of the series protagonist, former Minneapolis cop Lucas Davenport. Lucas is now married and the father of an infant son. And, in the wake of a political shakeup, Davenport's long-time boss, police chief Rose Marie Roux is now the head of the Minnesota Department of Public Safety. Rose Marie has taken Lucas along with her and he is now head of the Bureau of Criminal Apprehension. (When asked recently why the agency was named the Bureau Criminal Apprehension rather than Bureau of Criminal Investigations, as is the case in many other states, Sandford responded that it's because the Bureau doesn't investigate criminals, it catches them.


The change allows Lucas to get out of the Minneapolis metro area, where he has mostly been confined until now, and conduct investigations anywhere in the state. He is basically in charge of handling politically sensitive investigations and he reports, through Rose Marie, directly to the governor. This case begins when Rose Marie calls Lucas early one cold winter morning to tell him that two people have been found hanged in the woods way up in an isolated region in the northern part of the state. Complicating matters is the fact that one of the victims is black, and some people are already tossing around the word "lynching."

A ghastly crime has been committed and a public relations disaster could be in the offing. The governor and Rose Marie order Lucas to take charge of the investigation and to defuse the situation before it gets completely out of hand. Lucas rounds up his most trusted sidekick, Del Capslock, who has accompanied him to the BCA, and the two head off into the frozen tundra.

The crime allows Lucas and Del to interact with a lot of colorful rural characters, including a bumbling sheriff with little or no actual law enforcement experience. The most interesting of the locals is twelve-year-old Letty West, a muskrat trapper who discovered the bodies while running her trap lines. Letty lives with her alcoholic mother out on the edge of town, basically in the middle of nowhere. She's tough beyond her years, extremely self-reliant and perhaps the smartest and most observant person in town. Certainly she's the most precocious, as Lucas quickly discovers.

Lucas also quickly discovers that there's a lot more to this situation than may have first met the eye. A number of curious residents inhabit the town, including a group of women known as the "nuns", who have taken over a former church and are ostensibly engaged in various charitable activities. Exactly what all of these people are doing, collected together in this town, becomes a critically important issue.

It also becomes apparent that the two victims of the hangings--certainly not the "lynchings" as Lucas keeps reminding people--were hardly stellar citizens. They were apparently involved in at least some minor, if not major, criminal activity, and this complicates the search for their killer.

As the book progresses, the situation becomes even more entangled; additional crimes are committed, and Lucas thus faces one of the more challenging cases of his career. As always, it's great fun watching him work, and the interactions between Lucas, Del, the locals, the media and the other law enforcement officials who are drawn to the scene are very entertaining. Ultimately, the action builds to a great climax, and the end result is another solid entry in a very fine series.
Posted by James L. Thane at 1:14 PM