Dismas Hardy Faces His Most Difficult Legal Challenge Yet 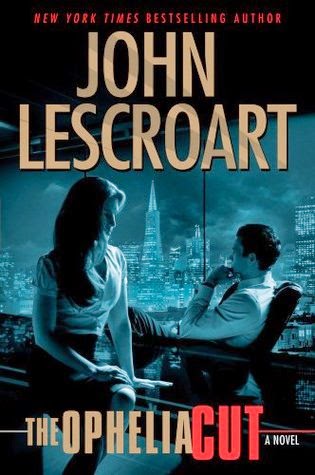 This is another very good entry in what has become my favorite legal thriller series. Over the thirteen books that precede this one, author John Lescroart has created a great cast of characters, centered on attorney Dismas Hardy, Homicide Lieutenant Abe Glitsky, and their families and friends, many of whom are active in San Francisco's relatively close-knit legal community.

By now, all of these people have a history together and some of them are haunted by events that occurred in an earlier novel and that, in the story line, occurred six years earlier. The developments of that day remain closely guarded, but it's clear that there's a weak link in the chain: Moses McGuire, Dismas Hardy's brother-in-law, a gregarious saloon keeper and an alcoholic who has been on the wagon for the last six years. Now, though, McGuire seems in danger of falling off the wagon and perhaps revealing the secrets that could destroy several lives.

If Moses wasn't on the edge already, he's pushed very close to it when his beautiful twenty-three year-old daughter, Brittany, is assaulted and then raped by an amoral jerk named Rick Jessup. After the first assault, Moses confronts Jessup and beats him up. He also warns Jessup that if he ever attempts to see Brittany again, Moses will kill him.

Well, every time a character in a novel utters a threat of that nature, the reader knows exactly what's going to happen in the next chapter. Sure enough, shortly after the rape, Jessup is savagely beaten to death and the prime suspect is, of course, Moses McGuire.

Moses retains his brother-in-law to defend him, but the evidence against Moses seems overwhelming and as it piles up, Dismas, though a brilliant attorney, seems powerless to counteract it. Should Moses be convicted, it would certainly be bad news for him, but it might also mean disaster for any number of others.

This is a very well-told story with solid, believable characters that many readers have come to know practically as family. Lescroart keeps the reader on edge from the opening pages, and the courtroom scenes, as always in one of these novels, are riveting.

As this review would suggest, though, this would not be the place for a new reader to jump into this series for a variety of reasons. One would not want to cheat him- or herself from watching these characters interact through the earlier novels, and some of the things one would learn in this book would give away more than a few surprises from the earlier ones. Most important, those who have not read The First Law might find themselves confused because there are any number of references in this book to developments that took place in that one.

If you are a fan of legal thrillers and if, somehow, you have not yet discovered John Lescroart, do yourself a favor and start with Dead Irish, the first in the series. You'll be glad you did.
Posted by James L. Thane at 5:29 PM