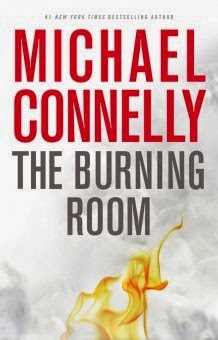 Ten years ago, a mariachi musician was shot and critically wounded in what the police then assumed was a drive-by shooting, perhaps a stray bullet from a gang-related incident. When the musician dies, with the bullet still lodged against his spine, his death is ruled a homicide and the ten-year-old case falls to Detective Harry Bosch of the LAPD's Open-Unsolved unit and Bosch's young new partner, Lucy Soto.

Harry is still getting to know Soto, who is known as "Lucky" Lucy and whose rapid rise through the department was accelerated by her heroic action in a shoot-out with armed robbers that left her partner dead. He's not yet sure whether she's detective-grade material or not and will be watching her closely.

Their only real chance of solving the murder rests on the hope that new technology will provide them leads that were unavailable to the team of detectives that first investigated the shooting. In particular, will it be possible to enhance the video that was taken that day so as to provide additional information about the crime?

As Harry and Lucy begin digging into the investigation, Harry discovers that Lucy is secretly conducting an investigation of her own into another old cold case involving a fire that took the lives of several children and a caretaker at an unlicensed day-car center. The case has great personal relevance for Soto, and Harry has to decide whether to shut down her efforts or assist her in attempting to solve this case as well. All of this is of tremendous personal importance to Bosch as well, because he's coming up against his mandatory retirement date and in less than a year will have to leave the LAPD for good. He is determined to go out on a high note.

The result is another excellent entry in what is probably the best police procedural series being written today. By now the Bosch character has been firmly set and Harry remains as grimly dedicated to the cause of justice and as fiercely determined to do things as he sees fit as he has been for some time now. Soto is a great addition to the cast and is one of the most interesting people with whom Bosch has ever been partnered. The cases involved are complex and interesting and the sum of it all will keep readers turning the pages of this book long into the night. One closes the book desperately hoping that Michael Connelly will somehow be able to keep Harry on the job for years to come in spite of his looming retirement date.
Posted by James L. Thane at 4:09 PM