Another Great Read from Dennis Lehane 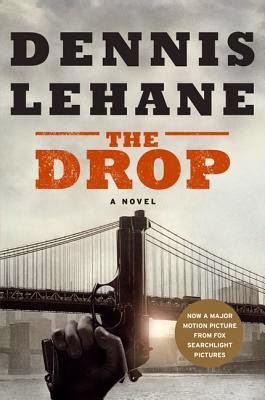 This is a very engaging novel that follows the life of a bartender named Bob Saginowski. Bob has very few friends; he lives alone in the house where he was raised and he still regularly attends church at St. Dominic's, the Catholic church where he's been going all his life, and which is now slowly dying on the vine. But Bob never takes communion.

He works at a bar called Cousin Marv's, which was once owned by Bob's real cousin, Marv. But several years ago, Marv lost to bar to a bunch of Chechen gangsters and it is now a "drop," or a spot through which the gangsters funnel money. Marv supervises the bar, but he's about as disillusioned as Bob is lonely.

One night on his way home, Bob stumbles across a puppy that's been badly beaten and stuffed into a trash can. Bob knows nothing about dogs, but rescues the puppy and almost immediately bonds with him. That in turn leads him to connect with a mysterious woman named Nadia who once worked at an animal shelter and who schools Bob in how to care for the dog.

Bob's world is then upset again when a couple of stick-up artists rob him and Cousin Marv, getting away with the five thousand dollars they still had in the bar at the end of the night. Fortunately, the Chechens had stopped by earlier and picked up the large sum of money that had been "dropped" there that night, but still, this is not the sort of thing that will endear either Bob or Cousin Marv to their gangster overlords.

From that point, we watch the characters, Bob in particular, play out the hands that the fates have dealt them. The story is set in Boston, which Dennis Lehane obviously knows very well; the characters are very well drawn, and it's great fun watching the story unfold. This is, in effect, the novelization of a film for which Lehane wrote the screenplay which, in turn, was based on a short story that he had written. Lehane's work usually translates very well to the screen, as exhibited by the Academy Award-winning "Mystic River," and I'm anxious to see this one as soon as I get the chance.
Posted by James L. Thane at 4:21 PM