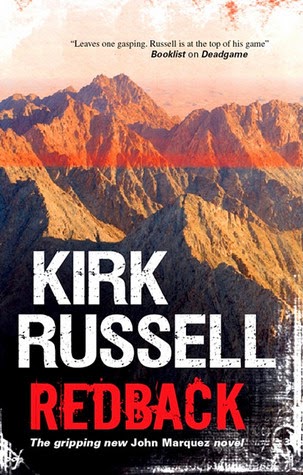 In the summer of 1989, John Marquez was a Special Agent working as the leader of a DEA team along the border between California and Mexico. It's a brutal, dangerous job and you never know who you can trust. As part of an undercover operation, Marquez picks up an informant named Billy Takedo and sets off to meet representatives of a vicious Mexican drug cartel in a bull ring near Tijuana. But the operation goes awry and the Mexicans shoot Takedo point-blank in front of Marquez. The Mexican Federal Judicial Police, who are supposed to be backing up Marquez, are nowhere in evidence.

Marquez understands that the man behind Takedo's murder is a mysterious figure named Emrahin Stoval, who moves money and performs other services for the cartels. Marquez is determined to bring Stoval down, but is hampered by bureaucracy and red tape. Additionally, someone has to be the fall guy for the failed operation and, not surprisingly, it turns out to be Marquez. He resigns from the DEA before he can be fired, but his career in the DEA is over.

Marquez ultimately finds a home in the California Department of Fish and Game and builds a second successful career in the Special Operations Unit, tracking poachers. But eighteen years after the debacle in Tijuana, Emrahain Stoval intrudes again into Marquez's life.

Even after all this time, the FBI has been unable to arrest and prosecute Stoval for his drug-related activities. But they've learned that Stoval is a passionate hunter and animal trafficker, and they hope to be able to make a case against him for these activities that will finally bring him to justice. This is on the order, I guess, of finally nailing Al Capone for income tax evasion.

Given his expertise, the Feds convince Marquez to sign on as a special agent to go after Stoval. Marquez, who is still smarting from his failure to get Stovall years earlier, thus begins a chase that will take him around the world in pursuit of an eighteen-year-old grievance.

This is an excellent suspense novel--very well-plotted with an engaging and totally plausible protagonist. John Marquez is a unique character and it's great fun riding along with him and watching him rise to the myriad of challenges that are thrown in his way. The plot takes a number of very interesting twists and turns and, as a bonus, Russell places much of the action in wilderness settings that are beautifully rendered. This is a very good book that will appeal to readers on a variety of levels.
Posted by James L. Thane at 12:14 PM