Cooper MacLeish Discovers that Fear Will Do It 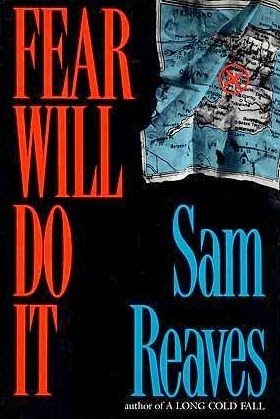 Cooper MacLeish is a Vietnam vet who is now content driving a cab in Chicago. He's in love with a woman named Diana Froelich and, all in all, life is good. Then, seemingly out of nowhere, an old friend of Diana's named Tommy Thorne shows up on her doorstep. The two were lovers a few years earlier when they both worked on a cruise ship in the Caribbean. Diana hasn't been completely straight with Cooper when it comes to Tommy and when the two encounter him as they come back to Diana's after a date, Diana simply introduces Tommy as an "old friend."

Tommy insists that he's tired of the island life and wants to try his luck as a musician in Chicago. He'd like to bunk at Diana's just long enough to find a place of his own. Diana agrees and Cooper believes her when she insists that this amounts to nothing more.

But it soon becomes apparent that Tommy has much bolder ambitions than playing the blues in Chicago. He's concocted a scheme to blackmail a Chicago skin mag publisher named Moss Wetzel who apparently committed some sort of indiscretion while visiting the islands. He wants Diana to aid in the scheme, promising to split the payoff with her.

When Diana says thanks but no thanks, Tommy coerces her into helping him by holding over her head evidence of her own youthful indiscretions which neither the cops nor Cooper MacLeish would be very happy to see. But in the end, the whole scheme blows up and Diana and Cooper are now in the crosshairs of some very unpleasant characters.

This is an excellent, fast-paced suspense novel. Reaves has created a number of memorable characters and turned them loose into a very gritty, down-and-dirty story that will keep readers turning the pages well into the proverbial night. This book was first published in 1992, and copies can be a bit hard to find these days, but the search will be well worth the effort.
Posted by James L. Thane at 2:55 PM