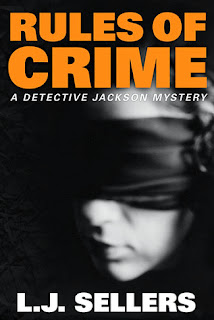 Detective Wade Jackson's ex-wife, Renee, is having a very bad day. She's fallen off the wagon and needs a shot of vodka to get her through her A.A. meeting. She knows her drinking is getting out of control again, which not good, because she has an attractive new boyfriend who believes that she's cleaned up and is now sober.

When confronted by the meeting leader, Renee decides to bit the bullet and check herself into rehab again, but on the verge of walking into the sanitarium, she is kidnapped by two men. Detective Jackson gets the bad news while on vacation in Hawaii with his new girlfriend and races back home to Eugene, Oregon to assist in the investigation which will be led by FBI agent, Carla River.

Jackson's primary concern, in addition to securing Renee's safe release, is the effect that the kidnapping will have on their daughter, Katie, who has already suffered more than her fair share of trauma.

Meanwhile a young woman who has been badly beaten is dropped off naked at the door of a hospital emergency room. She is unconscious and unable even to identify herself, let alone explain what might have happened to her. This investigation falls to Detective Lara Evans, who has very little to go on, especially when the victim lapses into a coma.

L.J. Sellers adroitly weaves the strands of these two stories together in a very engrossing novel that keeps the reader guessing until the very end. Jackson is a very sympathetic protagonist and one feels for his daughter as she struggles with the prospect of losing her mother. Lara Evans also proves to be a tenacious and talented investigator, and it's fun watching her pursue the thin leads that she is able to develop. I confess that I was not all that knocked out by the FBI agent, River, but that's a very minor complaint and this is a book that should appeal to a lot of readers who like suspenseful police procedurals.
Posted by James L. Thane at 4:00 PM