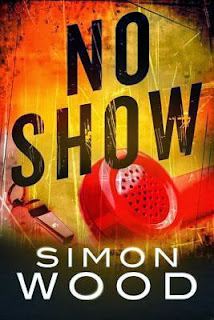 Englishman Terry Sheffield and American Sarah Morton conduct a trans-Atlantic relationship after meeting on a vacation in Costa Rica. While Terry is visiting in the U.S., they get married in Vegas, but then Terry has to return to the U.K. to complete the paperwork that will allow him to live and work in the U.S.

Six months after Terry and Sarah last saw each other on their honeymoon, the paperwork is completed, Terry has left his old life and his job in England and has landed a new job at a biotech firm in California. He lands in San Francisco and hurries off the plane, anxious to be reunited with Sarah and to begin their new life together.

Except that Sarah doesn't show up at the airport.

Terry calls her cell phone several times, but gets no response. Finally, he reluctantly takes a shuttle to their new home, but Sarah isn't there either. Terry reports her missing, but the local sheriff is skeptical and wonders if Sarah is simply a bride who's already decided she made a mistake and run off. In the alternative, is it possible that Sarah, an investigative reporter, is working on a story that has taken her away from home?

None of those explanations make any sense to Terry, especially since Sarah has not even returned his phone calls. Obviously, he is thinking the worst. While waiting for something to break, Terry has no choice but to report to work at Genavax, his new employer. But after being heavily courted by the company, he gets a distinctly cool reception. He'd asked Sarah to check out the firm before accepting their job offer and he soon learns that in the process, Sarah had antagonized some of the company honchos. At the moment, they are not very happy with Terry or his wife.

To make matters worse, in sifting through the papers Sarah left at home, Terry discovers that she was investigating the murders of several women who apparently died at the hands of the same serial killer. Is it possible that Sarah fallen into the hands of the killer as well?

This is a very taut, well-told tale with any number of unexpected twists and turns. Even people who read a lot of thrillers are certain to be surprised on several occasions. Terry Sheffield is a very sympathetic character and the reader inevitably gets caught up in his struggle to find his missing wife while at the same time he tries to adapt to a new job and to life in a new country. Simon Wood should attract a lot of new fans with this book.
Posted by James L. Thane at 2:13 PM