Another Great Thriller from John Rector 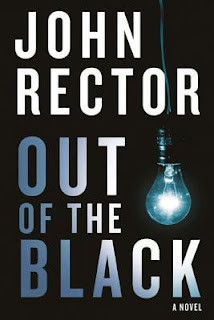 John Rector has a gift for creating noir stories in which ordinary people find themselves in difficult circumstances and are tempted into making one bad choice which then inevitably backfires, leaving them spiraling down inexorably into catastrophe.

In this case, a former Marine named Matt Caine has survived a tour in Afghanistan only to return to a civilian life that seems to assault him at almost every turn. The economy sucks and he can't find a decent job that will enable him to support his wife and daughter with any sort of dignity. Then his wife is killed in a tragic accident and his daughter is badly injured and now needs special care.

Caine can't afford the treatment his daughter needs; he can't make his mortgage payments and he's in danger of losing his house, sad as it is. Desperate, he borrows money from loan sharks and can't pay that back either. And if all of that weren't bad enough, his in-laws believe that they would do a better job of raising Caine's daughter and are threatening legal action to take her away from him.

With his back up against the wall on almost every front, Caine is approached by an old friend, recently released from prison, who has a guaranteed, can't-miss scheme that will make them both rich and solve all of Matt's problems. Matt knows it's a stupid idea and initially rejects it. But in the end, seeing no alternative, he agrees to go along.

Naturally, the can't-miss scheme almost certainly will be a disaster, and the repercussions are more severe than Matt could have possibly imagined, leaving him literally in a fight for his life. To say anymore would be to say too much, but this is a taut, spare thriller that will keep you awake well into the night. Rector creates believable, sympathetic characters and he paces the story brilliantly, keeping the reader on edge virtually from the first page to the last.

John Rector just keeps getting better and better, and this book will appeal to large numbers of readers who like their crime fiction dark and nasty.
Posted by James L. Thane at 1:49 PM