An Engrossing Tale of a Life in Crime 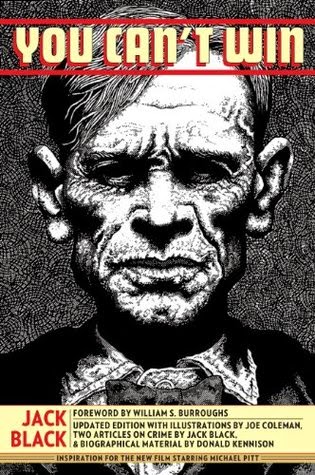 This book, newly reissued in a very nice trade paperback edition by Feral House, was first published in 1926, written by Jack Black, a drifter, hobo, small-time criminal, drug addict and jailbird who finally went straight and wound up with a job at a newspaper in San Francisco.

Black left home as a young boy and took to the road. Falling in with other drifters, he was apprenticed in a life of crime that included valuable lessons in casing a job, breaking and entering, cracking safes, fencing stolen goods, coping with the law and other such skills. He sometimes operated alone and sometimes with a partner, but he always considered himself an "honorable" thief who would never run out on a bill for his room and who would never think of betraying a friend.

Some of his best lessons were learned in the jails and prisons of the far West, both in the U.S. and in Canada, where he networked with other criminals and polished his skills. Black writes movingly of the conditions he suffered in some prisons, and later in life he would become an advocate of prison reform.

For much of his early life, spending time in confinement was simply part of the cost of doing business. He accepted it stoically, but until the very end, he never left prison a "reformed" man.

As often as not, it seems, his carefully planned jobs failed for one reason or other. In one instance, for example, he blew a safe only to use too much explosive. Instead of blowing the door open, the blast blew the door completely off, tipping the heavy safe over on its front side, and sealing the valuables away from Black as surely as if the safe's door had remained intact.

Black had spent a long time planning the job and was extremely depressed when it failed, not to mention virtually broke. A friend offered him a "straight" job washing dishes to tide him over, but Black refused, explaining his philosophy of life as follows: "[T]he thought of working to me was a foreign as the thought of burglary or robbery would be to a settled printer of plumber after ten years at his trade. I wasn't lazy or indolent. I knew there were lots of easier and safer ways of making a living, but they were the ways of other people, people I didn't know or understand, and didn't want to. I didn't call them suckers or saps because they were different and worked for a living. They represented society. Society represented law, order, discipline, punishment. Society was a machine geared to grind me to pieces. Society was an enemy. There was a high wall between me and society; a wall reared by myself, maybe--I wasn't sure. Anyway I wasn't going to crawl over the wall and join the enemy just because I had taken a few jolts of hard luck."

In the end, Black does "join the enemy," after a judge and the corrections system unexpectedly gives him a break he never expected and treats him humanely for the first time. This experience sets him on the straight and narrow and convinces him that a more enlightened justice system could deter a lot of men from lives of crime, rather than condemning them to such lives.

All in all, this is a very interesting and engrossing tale, and it's nice to know that a new generation of readers will now have a chance to enjoy it.
Posted by James L. Thane at 3:29 PM