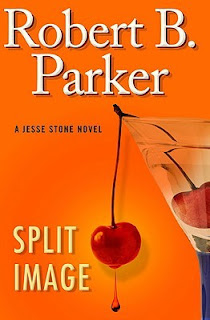 Both Sunny's case and Jesse's investigation are fairly insubstantial affairs, but it seems that the main purpose of all of the cases in Parker's later books, the Spenser novels included, was simply to provide some action onto which Parker could hang a lot of witty dialogue. There's certainly no shortage of it here, and while this is a book that no one is likely to long remember, it certainly provides a very pleasant escape on a rainy afternoon.
Posted by James L. Thane at 4:25 PM