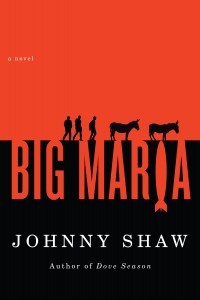 While obstacles like this might deter lesser men, Harry, Rickey and Frank press on against all odds, determined to find the fortune that will set their lives on a brighter path. It's an incredible journey, often touching and hilariously funny within the same paragraph. And it speaks volumes to the dreams and to the bonds that drive and inspire all of us.
Posted by James L. Thane at 4:08 PM