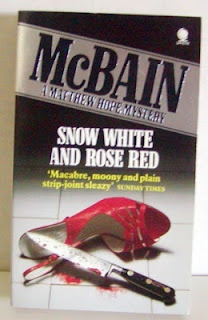 This is an entertaining book in an enjoyable series that doesn't take itself too seriously. Fans of the 87th Precinct novels might want to give Matthew Hope a try.
Posted by James L. Thane at 12:09 PM