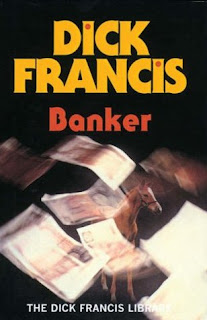 This is among the better novels written by Dick Francis. The protagonist, Tim Ekaterin, is an investment banker at a large and venerable firm. The firm is approached by Oliver Knowles who owns a stud farm. Knowles wants to borrow $5 million to buy a racehorse named Sandcastle and put him out to stud. The horse has run brilliantly and, on form, would probably do equally well at stud. This is not the sort of a loan that a staid, conservative bank would normally even consider, but several of the bank's directors, including Tim and his boss, have seen the horse run and are intrigued by the proposition.

Tim is assigned to investigate Knowles, his operation, and his finances and make a recommendation to the board. Tim develops an immediate affinity for Knowles, is impressed with his operation, and recommends that the bank make the loan with all sorts of precautions being taken. The bank agrees with Tim and makes the loan over the strong objections of one director who insists that this will be a very costly mistake. Tim is assigned as the case manager and is to stay in touch with Knowles and monitor the situation.

Since this is a Dick Francis novel, something will go horribly wrong, of course. (A word to the wise, don't read the teaser on the book cover which gives way too much away in this regard.) Tim will have to try to sort it out in an effort to save both Knowles and the bank's investment. Naturally, there will be some very sinister people involved and things will ultimately get very dicey for virtually everyone, but mostly for Tim Ekaterin.

This novel is a bit unique in that it takes place over a period of three years. Ekaterin is a fairly typical Francis protagonist who has fallen in love with the wrong woman, but it's very interesting to watch him work. He is forced to learn a great deal about how champion horses are bought, sold and protected, and about the business of putting a champion like Sandcastle out to stud. He also has to learn a great deal about pharmaceuticals, and as he learns all of this, the reader learns it all too.

Some of it is really fascinating but, as in the book before this one, Reflex, Francis lays it on a bit too thick. Again, having done all of the research for the book, he apparently didn't want to leave any of it in his file drawer. As a result, this is a fairly long novel that could have been trimmed a bit and still have been every bit as entertaining and informative. But that's a small complaint in this case, and this book should appeal to anyone who enjoys the novels of this former jockey.