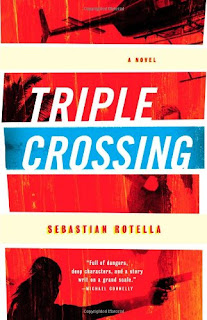 This book makes an excellent companion piece to Don Winslow's excellent book, The Power of the Dog. It's not quite on a par with Winslow's book but it's close, and anyone who enjoyed The Power of the Dog and anyone interested in the situation along the nation's border with Mexico should find it an enormously worthwhile and enjoyable read.
Posted by James L. Thane at 2:30 PM