A Harrowing Tale of Life Below the Line 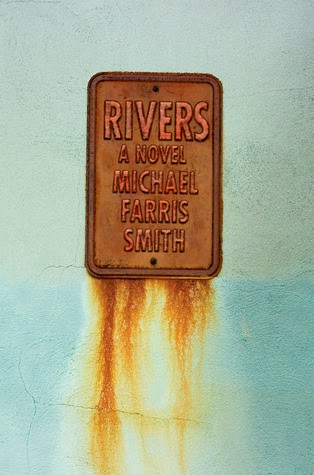 This is a post-apocalyptic tale that will remind many readers of Cormac McCarthy's book, The Road. It's set in a not too far-distant future when, presumably because of climate change, the Gulf Coast from Florida across to Texas has become a soggy, desolate area of constant rain and storms where the sun never shines. Katrina-like hurricanes have repeatedly devastated the region to the point where rebuilding no longer makes any sense.

Neither does living there, and so the government has drawn a line ninety miles north of the coast, and has abandoned the region south of The Line. The people have been ordered to evacuate permanently and the government assumes no responsibility for those who ignore the order and stay behind. There are no services and there is no law there.

Inevitably, some choose to remain behind. One of them is a man named Cohen who is mourning the loss of his wife and their unborn child who were killed before the family could escape. Cohen is shackled by his memories to what's left of the house that he and his wife shared and, crazy as it seems, he remains determined to build the room addition he had planned for the baby, even though the lumber is too wet to build with, and even though the wind blows down every wall he manages to erect.

In the meantime, he must contend with the scavengers and others who have remained behind, living by the primitive law of the jungle and ready to claim ownership of anything and anyone, simply by the power of possession, at a time and in a place where legal ownership no longer means anything.

Inevitably, the fortunes turn against Cohen and he must finally head north. It's an almost impossible journey with virtually every danger one can imagine along the way. It would be tough enough for one man to make it alone, but then Cohen encounters a group of survivors, mostly women and children. Now he must decide whether to abandon them or try to take them with him, which will make the journey infinitely more difficult.

This is a beautifully written book, but at times it's awfully depressing. Smith describes the rain and cold so vividly that the reader feels almost compelled to stop every fifty pages or so to dry off or, even better, to jump under a hot shower and then dry off. The characters are very well drawn, and immediately pull you into their struggle. It's a story one is not likely to forget any time soon, and one which made this reader even more grateful for the fact that he lives in the dry and sunny northern Sonoran Desert and not along the Gulf Coast.
Posted by James L. Thane at 5:03 PM