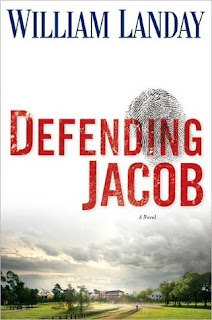 This legal/family thriller is strongly reminiscent of Presumed Innocent, the novel by Scott Turow that basically set the standard for every legal thriller that would follow.

In this case, the main protagonist is a long-time assistant D.A. named Andy Barber. He's second in command to a D.A. with higher political aspirations. The two are friends; Andy gets all the high profile cases because he's very good at what he does. Andy is married to the love of his life, Laurie, and they have a teenaged son named Jacob.

When one of jacob's classmates is stabbed to death in a local park while on his way to school, the entire community is shocked. Andy immediately takes charge of the case, determined to see that the killer is severely punished once the police find him or her. But then, Andy is stunned when his own son becomes the principal suspect in the killing after classmates reveal that Jacob had a knife much like the one the police have described as the missing murder weapon.

Andy insists, of course, that Jacob is innocent. He simply knows this intuitively because he loves his son. But Jacob is indicted and eventually tried for the crime. Andy's boss distances herself; that friendship is ended, and the case is given over to the number two prosecutor behind Andy, an ambitious, insecure prosecutor who is determined to make his bones by successfully prosecuting the case against Andy's son. Inevitably, all of this takes a toll on Andy and Laura's marriage, and so this is also a portrait of a family in crisis.

I had fairly mixed emotions about this book. I did not like any of the characters, who all seemed flat and one-dimensional. None of them was very sympathetic, and I found that I frankly didn't care much whether Jacob was convicted or not. I also didn't care about what might happen to his parents' marriage. Where the book came alive for me, though, was in the courtroom scenes. These are very well done, and once the trial finally began, I couldn't put the book down

So a mixed review for me. I really enjoyed parts of this book a lot, but others troubled me. An okay read, but not a great one.
Posted by James L. Thane at 1:27 PM