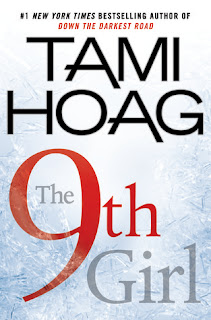 There's a very good story lurking somewhere in here, but unfortunately it's buried in a 500-page book that's about 150 pages too long. It gets off to a roaring start on a New Year's Eve, when a Lexus sedan hits a pothole, of which there are apparently many in Minneapolis. The trunk springs open and a young woman, who's dead or nearly dead, is thrown out of the trunk and is hit by a stretch hummer carrying a group of inebriated and half-naked party goers. At first sight, the victim resembles a zombie and while the police attempt to establish her identity, she becomes known as Zombie Doe.

The case falls to detectives Sam Kovac and Nikki Liska. Their first instinct is to think that the young woman might have been the ninth victim of a serial killer named Doc Holiday who has been murdering young women and scattering their bodies around the Midwest. Three of them have been left in the Minneapolis area.

Kovac and Liska must first identify the victim and then determine how she might have fallen into the clutches of her killer, whether it's Doc Holiday or not. Then, of course, they will have to catch the killer, and none of these will be easy tasks. For Liska, the problem is complicated by the fact that she is a single mother of two sons, one of whom is a teenager going through a very difficult time. The boy is being bullied in school and frankly needs more attention from his mother than she can provide at the moment. Meanwhile, Doc Holiday is following the investigation from a distance and has already selected his next victim.

Again, there's a gripping story here, but Hoag spends a great deal of time detailing the problems of Liska and her troubled son. And every time Hoag turns to that subplot, the book comes to a screeching halt. By the time I was halfway through the book, I was already tired of Liksa and her son, and I was growing increasingly impatient with Hoag for not getting on with the story. It gives nothing away to say that her son's problems may be germane to the larger plot of the book. But those sections could have been significantly condensed without doing any harm to the story and it would have made for a much more taut and suspenseful book.
Posted by James L. Thane at 9:43 PM