Basketball and the Drug Epidemic Intersect in D.C. 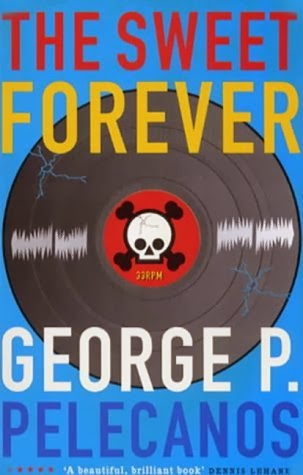 This is another great novel from George Pelecanos which captures brilliantly the disintegration of Washington, D.C., a city that Pelecanos obviously knows very well and loves even more. The book is set in March, 1986. The NCAA tourney seems to be playing on virtually every television set in town and on the streets of D.C. the big game is drugs, particularly the crack cocaine epidemic that seems to blanket much of the city.

The story contains a great cast of characters, many of whom have appeared in other Pelecanos novels. Some of these are good people; others are very bad, and a lot of them fall somewhere in between the lines. Here, their lives intersect in a lot of tangled and troubled ways.

Marcus Clay is the owner of a small chain of record stores, which he proudly describes as "African American Owned and Operated." One of the stores is located on the edge of the ghetto and from the doorstep of the store, Marcus and his employees have a window on the flourishing drug trade.

Then one night a drug-runner's car crashes in front of the store and the driver is decapitated. Marcus sees the crash as does a young white man who runs to the car, initially intending to assist the victim. He sees that is impossible, but he also sees a pillowcase full of drug money. Without thinking about the consequences, he grabs the cash, jumps in his car and races away.

In doing so, he sets into motion a complex chain of events, involving crooked cops, drug lords, innocent bystanders and at least a handful of decent people who are just trying to do the Right Thing. The story is both compelling and heart-breaking, and the reader's heart goes out to a city that seems to be collapsing into itself and to the people who are trapped in the wreckage with no apparent hope of salvation. A very Good Read, indeed.
Posted by James L. Thane at 5:11 PM